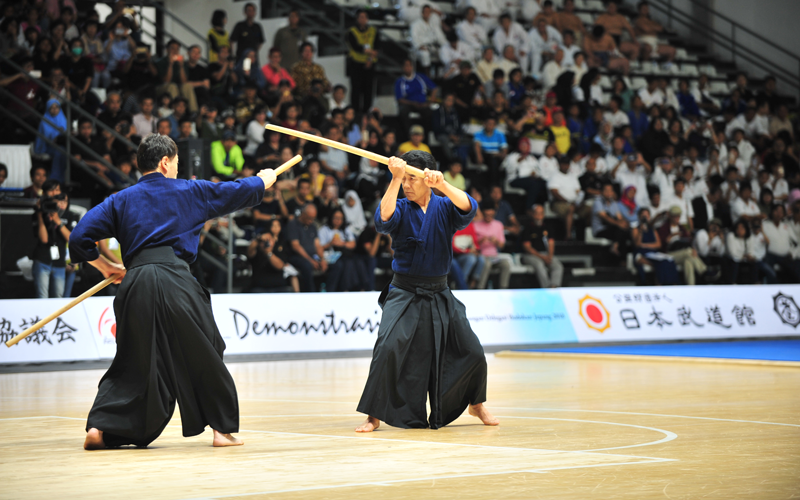 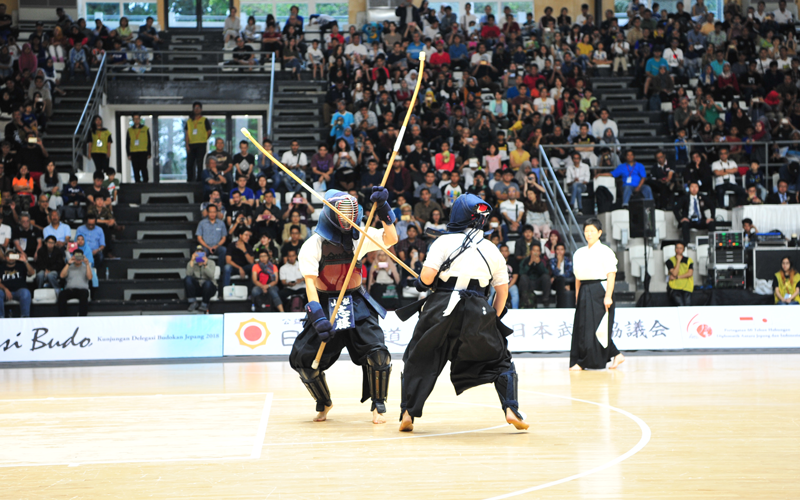 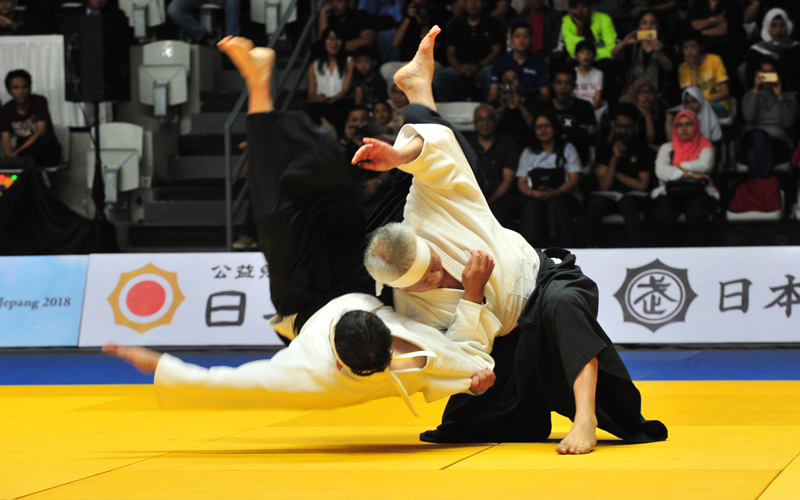 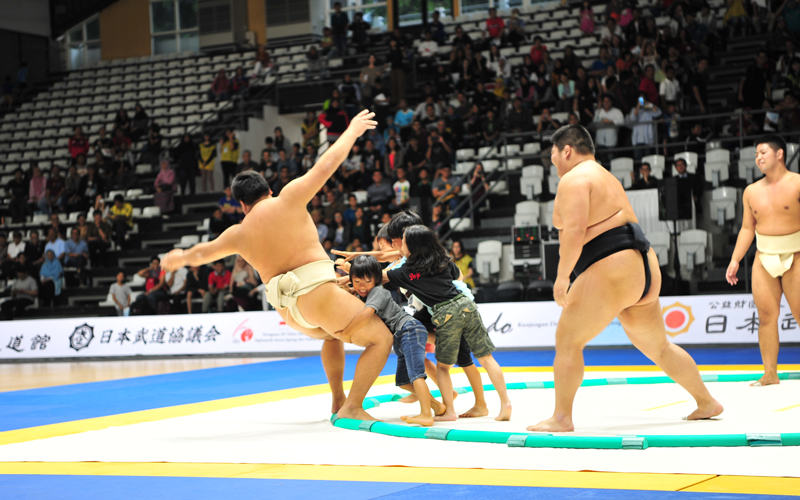 As a part of the project marking the 60th anniversary of diplomatic relations between Japan and Indonesia, a total of 74 martial arts athletes from nine modern martial arts and three traditional martial arts headed by Masahiko Komura, chairman of the Nippon Budokan, were dispatched to Jakarta, Indonesia.

On November 8, a martial arts seminar for about 60 students was held at Atmajaya University, and on the 9th, a demonstration was held at the Jakarta Japanese school for about 400 students in the upper grades of primary schools and the first and second years of junior high school. In addition, about 2,300 people attended a demonstration of the essence of martial arts, a part of traditional Japanese culture at the Gelora Bung Karno Basketball Hall on the 11th, bringing the total number of participants to 2,760 persons. These programmes promoted and contributed to friendship and goodwill between Japan and Indonesia.